Skip to content
" Cards Cartel Uses Affiliate Links And When You Click And Buy Using The Provided Links I Earn A Small Commission On Qualifying Purchases. "
Click Here
FULL DISCLOSURE

By: Jontae Smith
In: Graphics Cards
With: 0 Comments

Graphics Cards, also known as Video Cards, can be used for a number of different reasons. We won’t get into any other reason but the gaming because that’s why you are here. Gamers like you who love their graphics all want to know what is the best graphics cards for gaming in 2021. Collectively, we all probably assume that the #1 choice will be coming from one of the two major graphics card providers, NVIDIA or AMD. As a collective, we most definitely assumed correctly.

Choosing a Graphics Card for your gaming setup should ultimately boil down to the performance of the card in my opinion. Secondly, I would consider pricing and if I would be able to fit one in my budget. I would not recommend settling for a cheap card that doesn’t deliver. Purchase a card that can handle the job or you may suffer later on down the line. 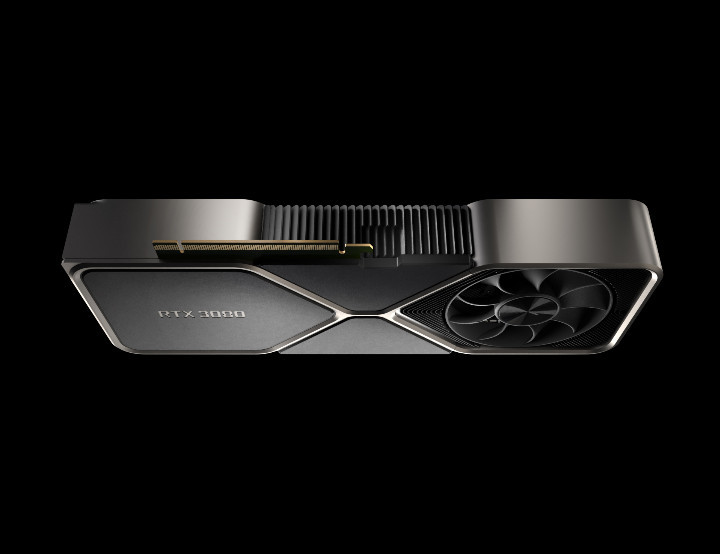 The AMD’s Radeon RX 6800 XT is one of the best graphics cards for gaming in 2021. The RX 6800 XT has a 300W thermal design power, slightly lower than the RTX 3080’s 320W TDP. I wouldn’t get too caught up in this fact though. Thermal Design Power is the maximum amount of heat generated by a computer chip or component that the cooling system in a computer is designed to dissipate under any workload. There is only a 20W difference between the two.

This affordable graphics card is equipped with DirectX 12 Ultimate-compatible Ray Accelerators. There are one of these on each of the 72 Compute Units, which lends the AMD Radeon RX 6800 XT the power to handle real-time ray tracing at a playable framerate. Each of these compute units have 64 stream processors bringing the total of SP’s to 4,608.

This cool card boasts higher clock speeds and a much larger die with 26.8 billion transistors across a 519mm² die.

The Radeon RX 6800 XT has a Game Clock of 2,015MHz and a Boost Clock up to 2,250MHz. The Game Clock is visible most of the time while playing games, whereas the Boost Clock is how fast it can boost up to for super heavy workloads. 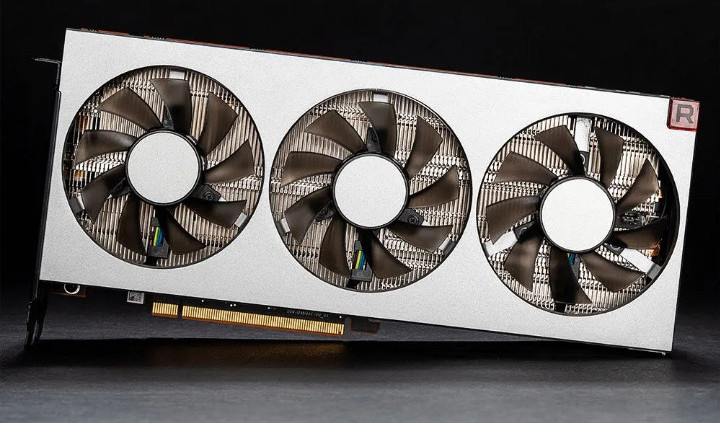 AMD’s best showing at 4K ultra is still the Radeon VII, which the 3080 beats by 79%. This card is not nearly as powerful as the above-mentioned cards in many categories but you can still get some decent gaming, video editing, and a lot more from this card. The high-end cards are meant for 4K play or for playing at very high refresh rates at 1080p or 1440p; you don’t have to spend $1,000 or even $500 to play more than acceptably at 1080p. You may have to search for this one. This card may have been discontinued due to the architectural improvements of Navi and the affordability of Nvidia’s RTX Super Series.  Another card in AMD’s deck- The RX 5700 XT could possibly be the reason for the disappearance of the Radeon VII. This particular card outperformed the Radeon VII in several cases and has a much lower price tag.

Cryptocurrency Mining combined with an already limited supply has caused a massive jump in GPU prices. Unfortunately, with this high demand for graphics cards, getting your hands on one can be quite the challenge in 2021.

Realizing that The NVIDIA GeForce RTX 3080, and The Radeon RX 6800 XT are flying off the shelves at an alarming rate, we also realize that getting one may not be a reality for some gamers at the moment. Ultimately, this may force some of our hands to settle for a high-end card. If you’re thinking about going high-end  I would recommend a card from NVIDIA.

Some gamers were fortunate enough to get their setups upgraded with The NVIDIA GeForce RTX 3080 before things started to get ugly on the market. That particular card is nearly impossible to find in stores or anywhere for that matter. However, NVIDIA has many cards that can match or outperform the 3080. The AMD’s Radeon RX 6800 XT is not as hard to find though. In fact, this card is available on Amazon with a few different options to choose from with a price tag of nearly $2,000. As I stated earlier, if you’re going to go high-end I recommend that you purchase a card from NVIDIA.

As you can probably already tell, in order to achieve greater graphics in the gaming world you’re gonna have to ” Pay to Play. “This is something I am learning to understand and have come to grips with. I’m sure you know the new PS5 has awesome games with some killer graphics to match. You could get yourself a nice game console, headset, a super cool chair, jump online and have at it. (that’s where I’m at.) Alternatively, you could build one of the best pc gaming setups in the world using one of these high-end cards.  The stage is set. Which card will you choose for superior performance?

Hey guys, I hope I was able to give you an answer to your question and provide some useful information as well. I’m no expert on graphics cards but I intend to learn as much as I can about them. If you have anything you would like to add to the information given please leave it in the comments section below. Any comments, questions, and concerns are encouraged. Please feel free to leave a comment below in the comments section.

What Is An AMD Graphics Card?

What Is A Tarot Card Reading For?

What Is A Roblox Gift Card For?

What Is A Graphics Card For?

Why Buy GotPrint Business Cards In 2021?