So…What Is Detective Pikachu About?

Must be driving you nuts. You were a Pokémon fan when first edition cards were being traded in the nineties. Pikachu is easily one of your favorite Pokemon. You dream about the ILLUSTRATOR. You have piles of Pikachu cards lying around somewhere right now. You probably even own one of the first edition cards everyone wants. Posters, binders, tins, pins, and everything in between, you name it-you got it. However, you’re still wondering, what is Detective Pikachu about?

Based on the  Pokémon franchise, the story begins when ace detective Harry Goodman goes mysteriously missing, prompting his 21-year old son Tim to spark an investigation to find out what happened to his father. Tim is aided by his Dad’s former partner, Detective Pikachu. The duo bonds and join forces to unravel the mystery ahead of them.

Bare With Me. OK, so, in  Pokémon Universe, Pokémon and humans live alongside one another in perfect harmony. I can’t just assume you already know that since you’re here with me and it helps newcomers make a little sense of what’s going on here. Just so we’re clear about the world we’re in. And in this world, a 21-year old ex-Pokémon trainer by the name of Tim Goodman has just been contacted by Ryme City Police and informed by Hideo Yoshida, a friend of his father, that his father Harry Goodman was killed in a car accident. Don’t let this horrible start deter you from watching a great movie.

Detective Pikachu comes into play when Tim goes to his father’s apartment to sort things out and discovers the detective there. The two meet there and realize they can communicate with each other. Tim can’t communicate with the others and they don’t get into detail about why the detective’s ear is special to Tim’s tongue. Anyway, these two click. While in the apartment Tim accidentally releases a mysterious purple gas, ” R “, and they are then attacked by an Apiom squad.

After escaping the attack Detective Pikachu reveals to Tim that he has amnesia and believes the only clues to his own identity is Harry’s name and address on his cap. The detective also believes he was Harry’s partner and that Harry survived the crash. During their investigation, they run across Mr. Mime, one of Harry’s informants who leads them to the illegal underground  Pokémon Battle Arena. They get into a huge beef when the arena’s owner Sebastian recognizes Pikachu from injuring his Charizard in previous battle. Let’s talk about holding grudges for a second because that is wild. Or you want to know more. Fine, the latter. Not wanting to let this go Sebastian demands a rematch on the spot and gets what he asked for. This purple mystery gas is really potent because once Charizard gets doused with it he gets extremely violent and the defenseless detective can’t do much to protect himself. Shame. Fret not! Tim jumps into rescue mode by knocking Sebastian over breaking several vials in his jacket releasing the mysterious potion and sending the Pokémon there in a frenzy. The Police eventually return some temporary relief and order and brings Tim to Lieutenant Yoshida who shows Tim footage suggesting that his father had survived the crash after all. Being a good friend Tim now wants to help and figure out what happened to Pikachu and how he lost his memories. No, Tim did not forget about his father.

The wheelchair-bound founder of Clifford Industries, Howard Clifford, reaches out to the pair and reveals that Harry had indeed survived the crash and was taken by an advanced form of Mewtwo ( great, make one of my favorites the bad guy. ) and this rigged up Mewtwo was also responsible for Detective Pikachu’s memory loss. His son is actually the one responsible for creating ” R “. Armed with this new information and new recruits Lucy Stevens and a Psyduck they head to the abandoned genetics laboratory Harry had been investigating. There was evidence of an experiment being performed on Mewtwo and synthesized ” R ” from its genes. Pikachu is seriously injured when they get attacked by genetically enhanced Greninja. Tim gets help from a Bulbasaur and they head to Mewtwo where he heals Pikachu before being captured by Roger. Pikachu starts to remember that he helped Mewtwo escape from the lab and believes he was responsible for betraying him. This doesn’t sit well with the solid detective and he decides to leave Tim.

Still with me? Good. I’m almost out of your hair.

Pikachu gets back to the scene and realizes that it was the Greninja responsible for all this foolishness and not my beloved Mewtwo. Thank God. And while this is great news, bad beef is brewing back in Ryme city as Howard reveals a fabulous but captured Mewtwo to Tim and Taking credit for being the mastermind behind it all. He has this weird neutral-link helmet thingy ( getting one ) that allows him to remain in his wheelchair and pretty much swap brains with Mewtwo.

Get this…Mewtwo can fuse  Pokémon and humans, allowing humans to evolve as  Pokémon and become one with them, and this can all be accomplished with this ” R ” mess confusing the Pokémon. Scary stuff. Howard wouldn’t even be disabled in this new outcome. With those evil intentions in mind, he released the gas across the city and said ” Let The Fusing Begin! “. He didn’t say that but I’m going for dramatics here. This is where Pikachu has had about enough and summons his electrical powers to battle with Mewtwo and Tim fights off the genetically modified Mewtwo. During Tim’s battle, he manages to remove the helmet from Howard’s head freeing Mewtwo of his control.

Happy Ending For All But Howard. Mewtwo restores some peace and order around the joint and Howard Clifford is arrested for his crimes. Roger, with a newly hired full-time reporter by his side, promised to fix all his father’s mistakes. OK, so, Harry was trying to save Mewtwo from Howard and help him escape but were attacked by the Greninja. This prompted Pikachu to have himself fused with His pal Harry to save his life but the experiment erased both of their memories in the process. Touching stuff. In the end, Tim is reunited with Harry in human form and decides it’s best to stay in Ryme City, become a detective, and spend time with his father and new friend.

The movies. Catch all the movies.

If you are a new fan of Pokémon, it is not necessary to go back in time but you just might enjoy some of the cool movies. 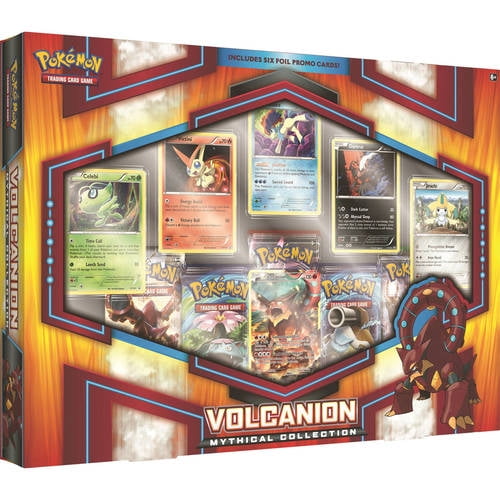 ” The Picture Above Is A Link To The Product. I Earn A Commission on Qualifying Sales Made Through This Link. “

I really hope I gave you an idea of what the movie is about and that you leave my website with more than you came with. I love sharing with you guys and I will always try to get us some answers. If you want to talk more about where you can get the Pokèmon Cards of the characters in the movie, I can point you to where the deals are. I’ve seen them in places like Walmart or even online places like Amazon and eBay. My favorite is always meeting a person for an even trade in my own town. Something about that. The star of this movie just happens to be on one of The best  Pokémon Cards I Have.

If you have any questions, comments, or concerns please feel free to leave them in the comment section below.

Share If You Care
Posted on August 15, 2020 in GAME CARDS by Jontae Smith

Comments on 'So…What Is Detective Pikachu About?' (0)